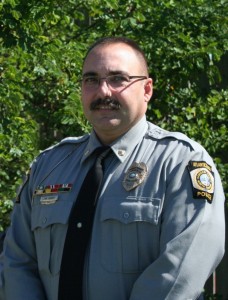 Chief Harvey’s Message: Welcome to the beach.  Our department works hard to ensure that the community it serves has pride in its police department. It is our goal to be a professional, proactive police department and to foster a community-based policing philosophy. We are committed to building a strong partnership with the community, to communicating effectively and maintaining the public’s trust, and to ensuring that those who live in and visit our community are free to enjoy what our area has to offer.

Patrol Division:  The Patrol Division consists of four shifts; each shift has a supervising Sergeant, and two officers.  These officers are under the supervision of the Patrol Commander who is responsible for all aspects of this Division.  During the patrol officer’s 12-hour shift he/she conducts duties such as routine patrols, 911 responses, emergency medical personnel assistance, and responses to all calls for service. The Patrol Division conducts, on average, over 38,000 service-related actions annually. The Patrol Division consists of the uniformed officers seen on the streets of Atlantic Beach and is the backbone of the police department.  It is these officers who are primarily responsible for responding to calls from citizens, patrolling the neighborhoods and enforcing the law.  These officers act as the Town’s “eyes and ears” and ensure a safe and friendly environment for Atlantic Beach citizens and visitors.

The Criminal Investigation Division (CID) is responsible for investigating major crimes against persons and property, processing crime scenes and evidence, maintaining the Evidence Room, and assisting the Patrol Division with case investigations.  The CID provides investigative support, develops intelligence and shares information internally as well as with outside law enforcement agencies to ensure the effective and efficient follow-up of all crimes. 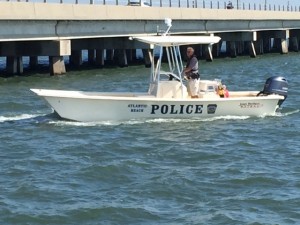 Marine Patrol Division The Atlantic Beach Police Department’s Marine Patrol Unit is a seasonal program that is responsible for the enforcement of NC General Statutes and Town ordinances in the most populated waterways in Carteret County.  Our Marine Patrol maintains town-owned navigational aids and surveys the waterways for dangerous shoaling. We provide waterway information to the Town’s “Dredging Committee” and assist with dredging operations and monitoring. In addition, we provide mutual aid assistance to the U.S. Coast Guard with search and rescue and to other law enforcement agencies with vessel assets for special law enforcement needs.  Our Marine Patrol can deploy side-scan sonar, one of only two such units in eastern North Carolina. With this equipment we assist the NC State Port Police as well as other law enforcement agencies in Carteret County and Eastern North Carolina with Homeland Security issues and to search for bodies, vehicles, and property under the water. The Marine Patrol Unit conducts safety inspections and assists boaters they encounter while on patrol. Our highly trained Marine Patrol officers are part of our part-time staff which is made up of law enforcement officers with extensive backgrounds in marine operations.